You’re going to say … I’m an Ubuntu user and we have terminal, that’s all I need and I’d agree with you, but don’t pipe this post to \dev\null just yet.

I was looking for an SSH client that I could use reliably on my phone (an Android … of course), my iPad (not an Android … boo), my various Ubuntu machines, and my for-gaming-only Windows computer (even though Steam with Proton works really well on Linux, sometimes you just need Windows).

Since this does run in a Snap environment you won’t have direct access to your machine and you’ll get an error that looks like this:

But, have no fear (and no … you don’t have to give up on Snap and all it’s security advantages)! Simply run an SSH server on your local machine, set it up as just another host, and you’re off to the races. If you’d like a simple tutorial on setting up an SSH server, let me know in the comments.

Usage is simple, you can add hosts and create groups of hosts. If you want to sync your hosts to different devices that costs less than $10 per month, which isn’t too bad given the convenience it provides.

You can add code snippets as well (this is especially helpful in you’re going to be using a smartphone, since you don’t have to do all that typing) and Termius will try to autocomplete commands for you (like typing “shutdown” will offer “shutdown -P” and “shutdown -P now” as completion options)

As with everything else, you should enable 2FA for Termius by going to the gear icon on the top left of the screen and clicking on account, then toggling the 2FA switch.

As usual, I have a few gripes with Termius (no software is perfect after all)

First, Termius and Terminal are very similar names (the first 5 characters being Termi), which can be annoying when you quickly want to open up Terminal but Termius starts instead. My workaround for this is Ctrl+Alt+T, which should be the normal Ubuntu keyboard shortcut for opening up Terminal. I use the app search screen to only open Termius.

Second, when adding a new host or saving changes to an existing one it’s not always apparent that changes are actually saved. There is a tiny icon on the top right of the screen that means Termius is saving settings, it looks like dots with a pencil … and it’s hard to spot

When saving is done it changes to a check mark. However, if their servers are slow I’ve had multiple issues with changes not being saved (really frustrating). I’d edit a record wait a few seconds and go to another record, but the changes to the first were never committed. A more obvious saving icon or a save button (like they used to have) would have been nice. 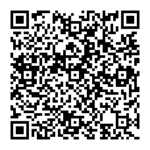